As the reaction and debate around the update note to Blueprint Two continues, Theunis Viljoen, CEO of Prodinity, hones in on the issues that remain at the heart of everything: data and interoperability

While the ambition behind Lloyd’s Blueprint Two digital transformation drive is a step in the right direction, the question remains as to whether it will actually lead to meaningful change for the benefit of the wider market.

It is a significant programme and what is clear is that there has to be a high level of cross-market collaboration and knowledge sharing in order for it to work effectively – and in doing so, allow businesses to transform digitally in order to grow and thrive.

The focus now is on implementation and delivery – taking a more integrated view and focusing on how the programme can deliver end-to-end digital journeys while making extensive cost savings in the process.

It’s an exciting prospect, but with much change and many programmes dropped since its first iteration in the form of Blueprint One, the whole Blueprint programme has also caused much debate and left many scratching their heads.

Transformation is a mindset

Since its inception, Lloyd’s has had a significant presence in the market; however, attitudes to what constitutes “doing business” are changing. And it is hardly surprising; the process of sourcing, buying and taking out insurance online isn’t a new thing – price comparison websites have been delivering this service for more than a decade.

For commercial and personal insurance, making a claim is also an online process now, and thanks to parametric insurance, even this process can be delivered automatically too without a policyholder even needing to lodge a claim.

So why is Lloyd’s only just starting to catch up in a meaningful way? The truth of the matter is that the majority of the brokers and underwriters in the market have long since moved on and developed their own systems for digitally negotiating and placing business, which means that the traditional Lloyd’s business model of dictating how the market interacts with its processes and systems has faltered and become cumbersome.

Quite simply, it has already become out of sync with the very people it needs to do business with.

Allow me to pose some pretty fundamental questions for debate.

Who benefits from Blueprint Two? Is it the brokers, the underwriters, or the Corporation of Lloyd’s? Or is it the policyholders? The implementation of this new programme of digital interfaces with the market will come with a price tag – including some uncomfortable conversations about who pays for the changes as they are developed and adopted.

But if Blueprint Two is promising cost savings, then surely those benefits should be shared with all who use it? Maybe this is why previous attempts to transform the market in the past have failed; there simply wasn’t enough of an incentive.

But could there have been an easier route to go down in the first place; one that could have saved Lloyd’s a small fortune on consultants? Many will be questioning why Lloyd’s didn’t opt for a system that already existed; one that used a nexus to transform data into a clean, usable, single format; one that could talk to individual insurance companies through an API connection, meaning that everyone could still do business with Lloyd’s, whether they updated their interface or not.

Was the choice to create something new driven by data privacy or was it over issues of who would own the data in the nexus (the latter being a significant sticking point for many brokers of course)?

This discussion over data sharing, transformation and ownership is deemed by many in the specialty risk space to be one still shrouded in complexity, particularly in the syndicated market of Lloyd’s.

But with the rise of comparison sites and the ability for consumers to purchase a policy at the click of a button, surely we need to move away from this smoke and mirrors mentality and admit that it shouldn’t be that complicated!

It’s been a long road to get to the implementation of the Blueprint project, and along the way many in the market have already developed impressive in-house systems.

The emphasis now is not on Lloyd’s creating one set of solutions to rule them all, rather it must accept its role in developing a nexus and interface providing seamless synchronisation between all the systems that exist. The core focus here is on using APIs and microservices to enable the flow of data between Lloyd’s and the wider market. It’s time to sync up. 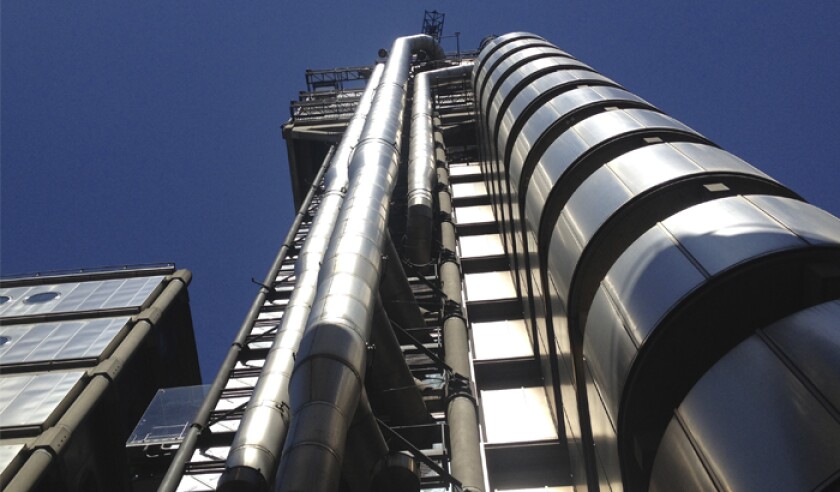 As the reaction and debate around the update note to Blueprint Two continues, Theunis Viljoen, CEO of Prodinity, hones in on the issues that remain at the heart of everything: data and interoperability.